Originally from a country characterized by its widely stretched plains and its dazzling mountains, Bulgaria, the contemporary painter Boré Ivanoff could be defined at first glance as a realistic artist, according to the literary theory of the XIXth century transposed to the visual arts. He transform the daily life of the city – Paris to be more precise – into a pictorial motif.

After many trips, he moved to Paris in the early 2000s to cultivate his passion for urban architecture. He designs a series of paintings paying homage to the sparkles of the City of Light. Attentive to the shimmering of each ray of the sun on the facades, he works to capture the changing character of the city, how he would like to reflect the uniqueness of a person’s features.

One could state Boré Ivanoff creates portraits of Paris. His technique recreates the feel and spirit of places chosen for their sublime character, both beautiful, and disturbing. The touch is subtle. The inverted image transfigures reality by passing from the eye filter to the lens of the camera, to the sensitive gaze of the painter. Boré Ivanoff seizes on a story. His works set out to discover the genealogy of the beings who lived in these places. 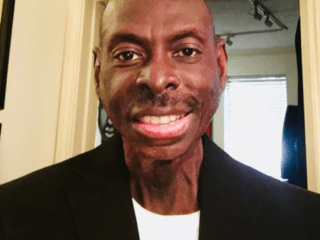 All media is protected by copyright and request for use of images should be directed to the artist. Any requests to reproduce text from the site should be sent to info@mohaa.org